After a bit of poking around the C65-mode BASIC interpreter I worked out that I had forgot to implement PHW absolute mode (immediate mode was already working).  So after a quick fix, BASIC in C65 mode is now superficially working, as can be seen here. GO64 also works fine to drop to C64 mode. 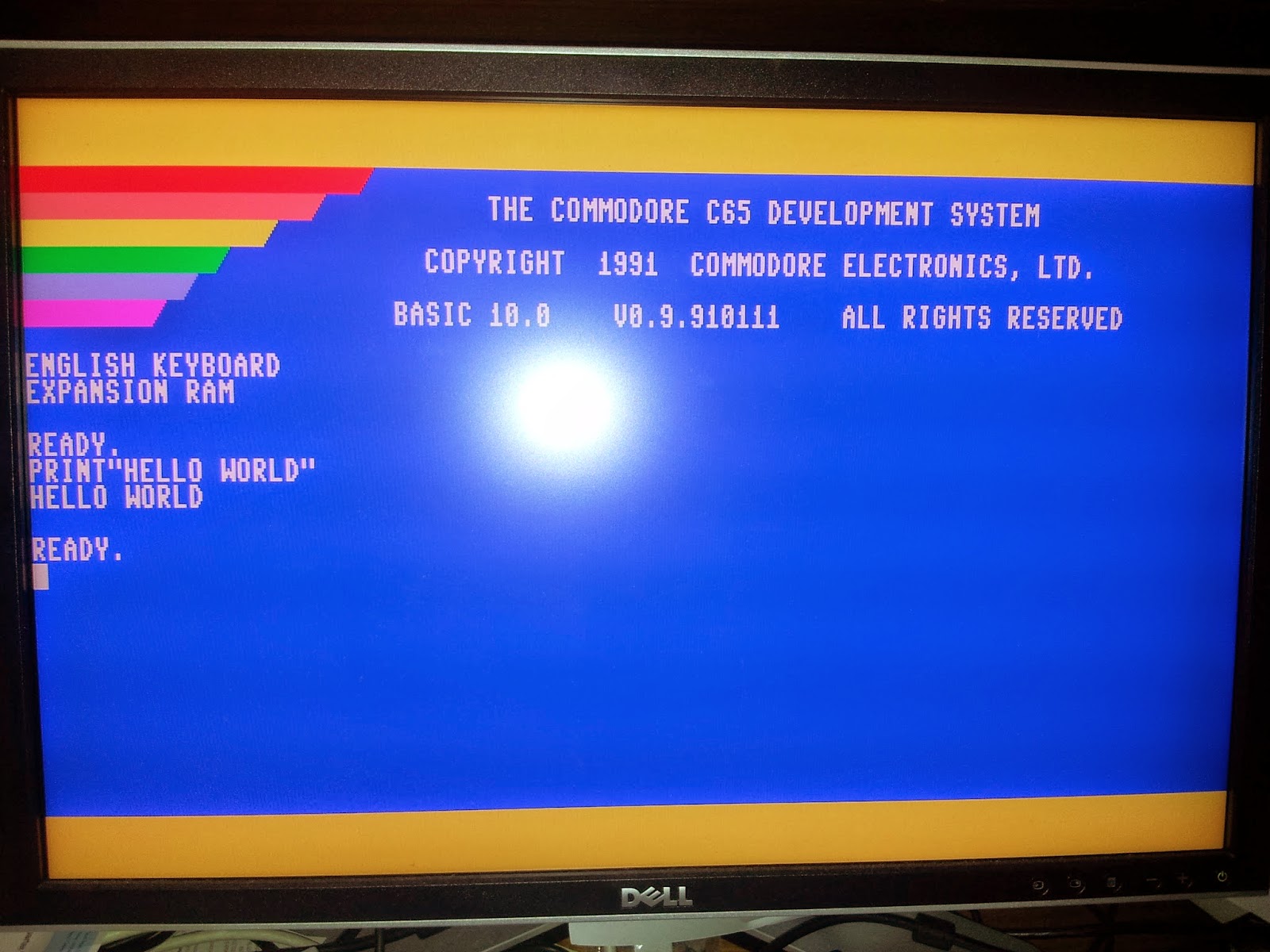 However, problems still remain. When I tried to get the disk directory, it reads the first part, and then stops, and further attempts to read the directory fail.  The same thing happens if I use LOAD"$",8.  This is quite odd, because the same thing works just fine in C64 mode.  Curiously, if I load a program before trying to load the directory, that works okay.  But if I try it after it fails.  It might be that there are still missing instructions that are used in the C65 DOS access routines.  I really need to finish my suite of 4510 instruction tests. 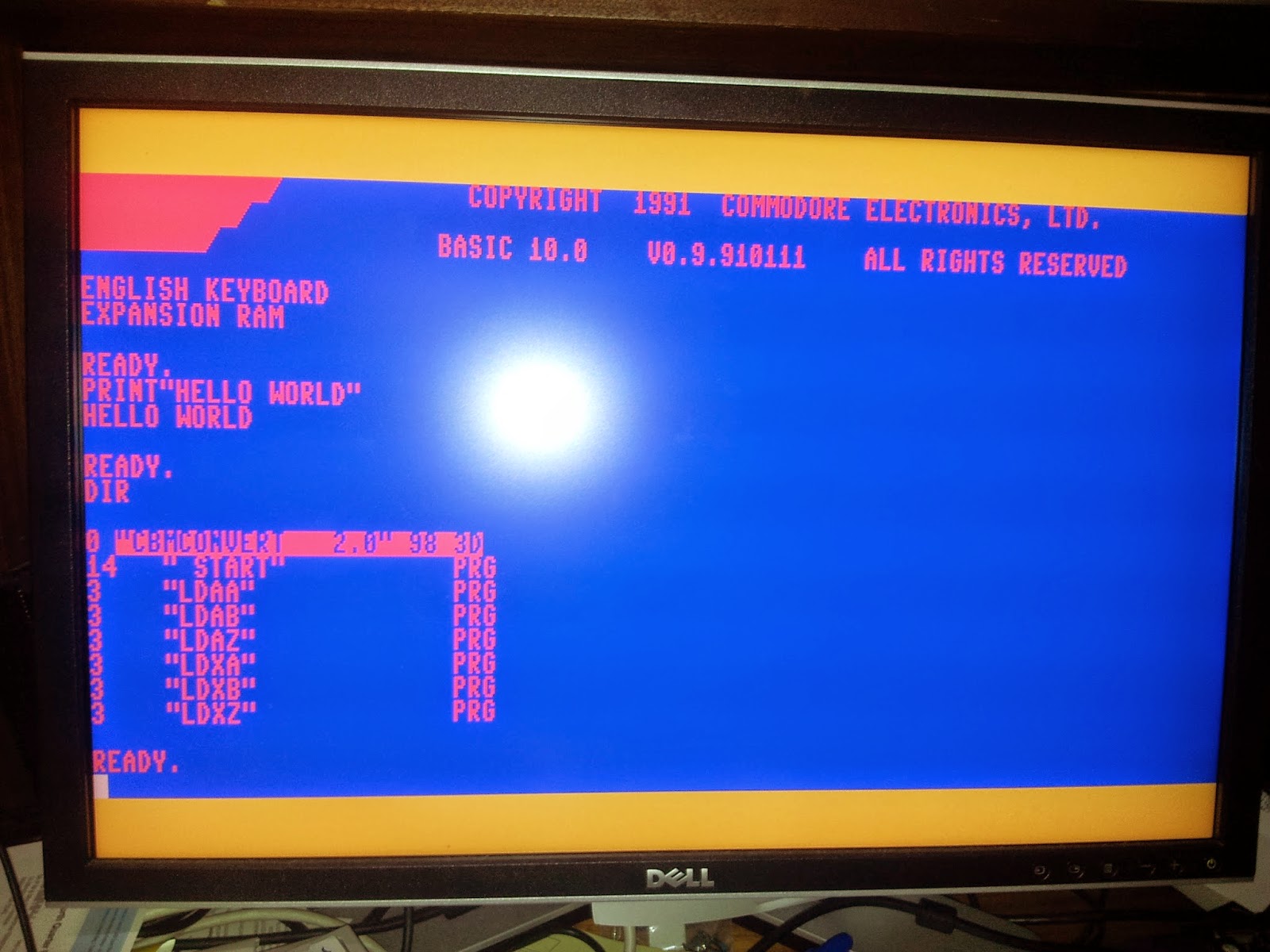 Also, as can be seen, once the screen scrolls, the copying of the colour memory goes a bit weird.  This uses the DMA controller in copy mode.  Hopefully a bit of poking around with that will reveal the nature of the problem.

But in the meantime, a happy piece of progress that BASIC is now responsive.

Posted by Paul Gardner-Stephen at 17:08 4 comments: