FDISK and FORMAT utility for the MEGA65

Preparing SD cards for the MEGA65 can be a bit tricky, as the FAT file system implementation in our Kickstart is rather restrictive.

To make life easier, we are creating an FDISK+FORMAT utility that will be in memory on each first power-on (this is one of the nice things about FPGAs -- RAM contents are not random on power on, but we can put what we like in there).  The idea is that if Kickstart fails to find a valid partition and file system, it will launch this utility to give the option to investigate the problem, and to quickly and easily (re-)partition and format their SD card in a manner that is compatible with the MEGA65.

At the moment the utility is functional, but a bit raw. In particular, if you run it, it WILL completely erase and repartition and reformat your SD card WITHOUT EVEN ASKING.  Consider it a proof-of-concept, rather than a finished product.

Nonetheless, it is nice that we have a simplified combined FDISK+FORMAT utility in less than 9KB.

Screenshot of it running in the MEGA65 emulator where I have been developing it: 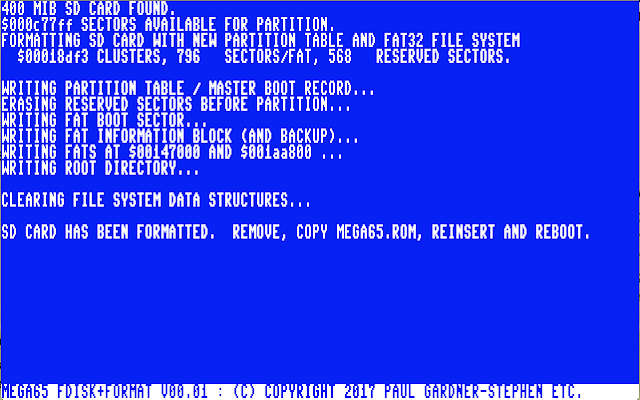 Real testing on a MEGA65 will have to wait until I get back from my travels or another of the team has the chance to try it out.  I am not sure if the SD card size detection will work on real hardware or not.
Posted by Paul Gardner-Stephen at 13:56 5 comments: 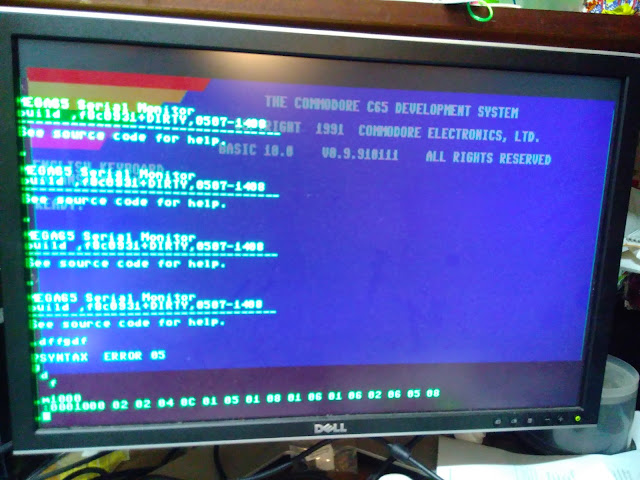 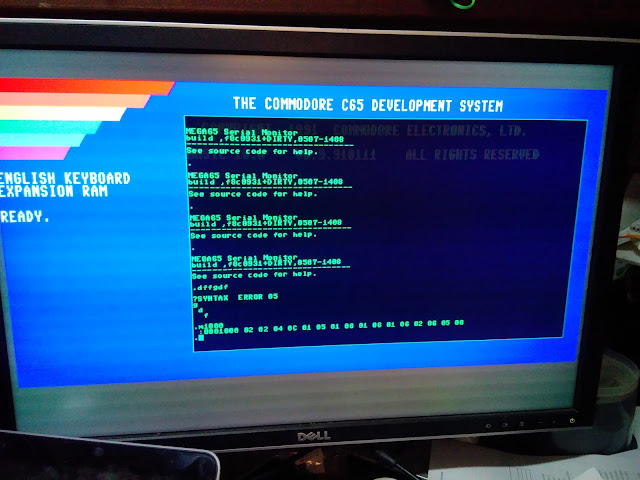 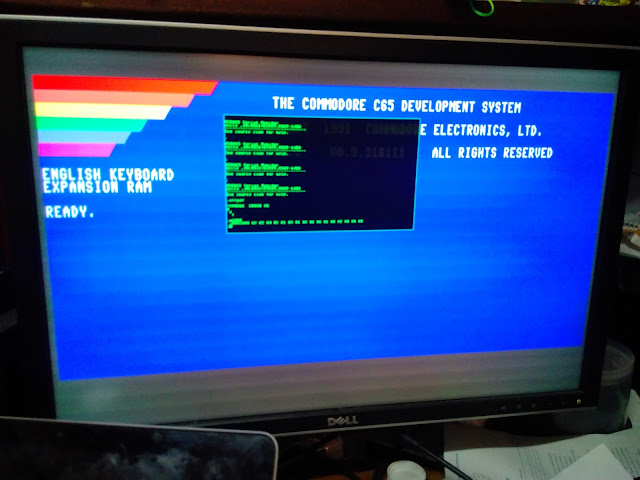 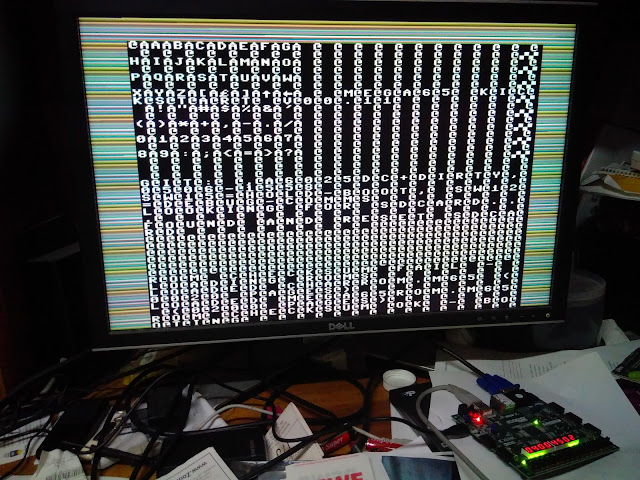 In short, there is a real feeling of progress at the moment, and already some nice outcomes from that.
Posted by Paul Gardner-Stephen at 22:31 4 comments: