We have just received a prototype keyboard that we have had WASD Keyboards build for us. This keyboard is based on a normal 87-key keyboard layout, and is intended to be a design that can be used for people building their own MEGA65 using the Nexys4 FPGA boards.

As the keyboard layout doesn't exactly match the C65's keyboard, we have had to make some adjustments, which I will explain in a moment. But first, the pictures: 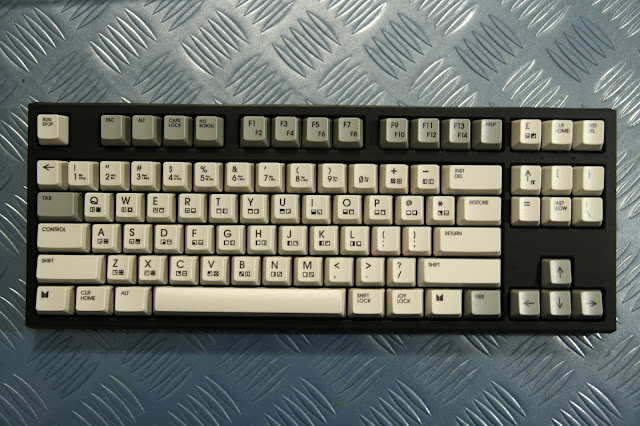 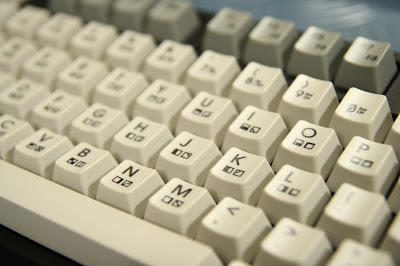 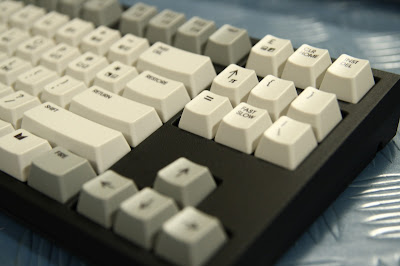 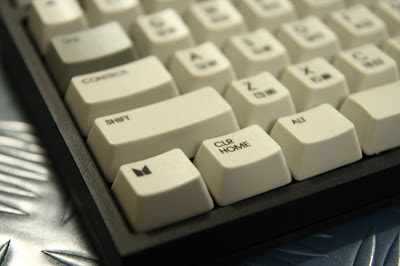 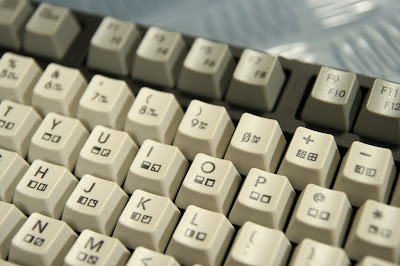 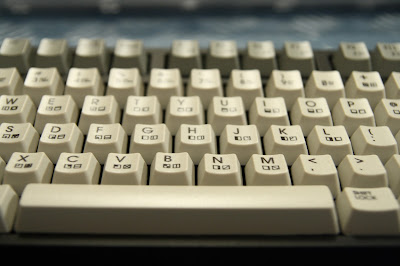 First up, we think that WASD have done a great job, and made a very beautiful keyboard. We thought quite hard about the keyboard layout, to make it both useful and as true as possible to the original keyboard layout, and preserve the "8-bit" feel.

First, the top line from RUN/STOP to HELP match the C65 keyboard exactly. We then also put CLR/HOME and RUN/STOP on two of the three keys to the right, so that it would be easy to find those keys using muscle memory, to overcome the interference of the six key block below these three keys.  The pound key is also put on that row, because there wasn't room for it in the main block. This is also why the up-arrow and equals keys are moved to the key blocks on the right.

We then used the remaining four spare keys there for some common ASCII characters that were missing from the original keyboard, to make the MEGA65 keyboard more useful.  We also added a FAST/SLOW key for changing the CPU speed more conveniently.

The other most obvious changes are to have duplicated the C= / MEGA key, so that there is one on the right as well as left, and the inclusion of the FIRE and JOY LOCK keys.  Those two keys allow use of the cursor keys as a make-shift joystick.  The FIRE key simply mimics the fire button on a joystick, and by pressing the JOY LOCK key, the cursor keys toggle between acting as normal keys or as a joystick. SHIFT or one of the other modifier keys (yet to be decided) will be able to toggle which joystick port is to be controlled in this way.

We are still working on having a completely custom keyboard made, which would also have symbols printed on the front of the keys like on a real C65, instead of just on the top of the keys, and would exactly match the C65 keyboard in key layout.  More on that as we make progress.
Posted by Paul Gardner-Stephen at 20:47