While I have been flat out teaching, and thus lamenting the lack of time to work on the MEGA65, the same has not been true for my faithful students who have been doing great work on the MEGAphone. More specifically, on preparing the 2nd revision of the MEGAphone PCB to fix all the problems we found in the first revision.

The new PCBs arrived while I was in Germany at the CCC Camp.  But yesterday and today was time to by hand put all the surface-mount components onto the board and bake it in the oven to get all the components to solder down.

The following two shots show the board after they had been through the oven: 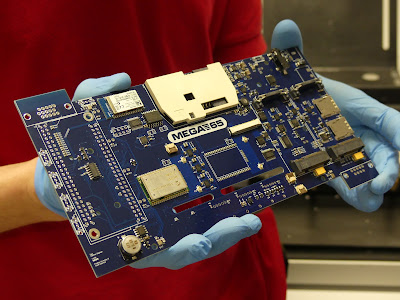 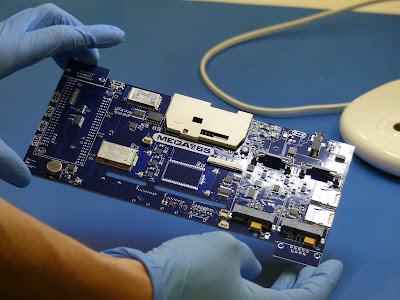 The hole-through components still need to be added, and we had only one of the LoRa radios on hand, so the other has been left vacant.

More news when we have put the hole-through components, and can start trying to bring the machine up.  Hopefully we won't need to do too many changes to the VHDL, as the boards are logically very similar.
Posted by Paul Gardner-Stephen at 22:48