As many reading will know, the German arm of the project has been running a fund raiser since mid-October last year, with the goal of funding the manufacture of the injection-moulding tooling to build the cases for the MEGA65.

The main concerns that people raised about this, was that it was rather unusual, and that some felt that we would be unlikely to get even close to the amount required in any reasonable time period, because people would be reluctant to simply donate, without getting any traditional perk, or a discount off the end price of a machine.
Nonetheless, in the first three months, the community donated around 20,000€, which is by any measure an amazingly generous result, and for which we are thankful for all of those who contributed directly, and/or who promoted the project.

But now as we approach the 101st day of this campaign, or better, the $65th day, if we count in hexadecimal, we suddenly fund ourselves on the cusp of having enough money, thanks to 40,000€ coming in over the weekend!  Here is our happy little graph of progress: 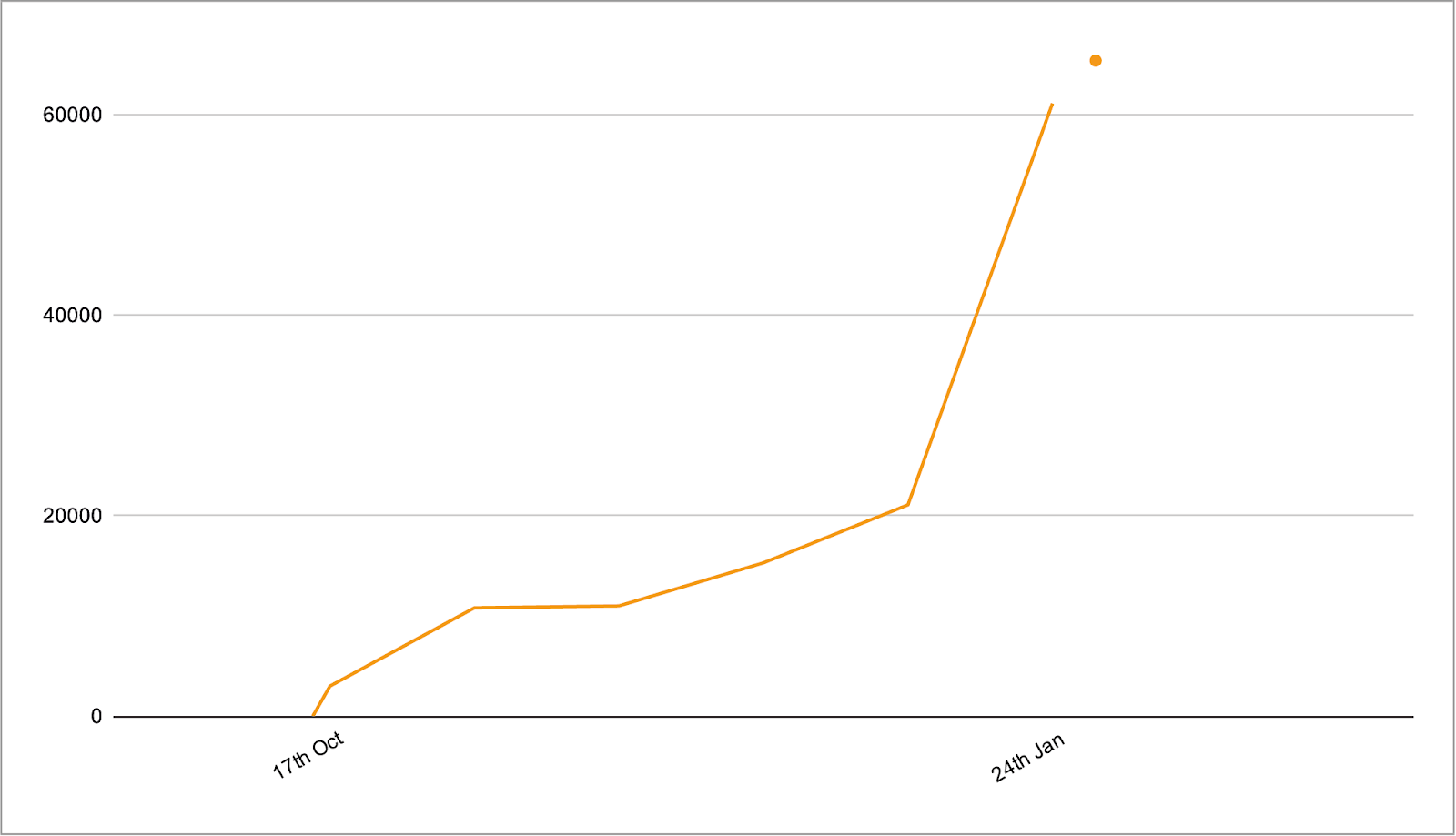 The plateau has turned into a hockey stick :)

This means that we now have over 60,000 of the 65,000€ needed for the injection moulding tooling to be produced for us by Hintsteiner in Austria, and certainly enough for us to proceed with the next steps with them, to get the moulds produced.

From here to having the first injection-moulded cases in our hands will likely be close to 6 months, as the whole injection mould tooling process is not something that can be rushed.  The actual production of the tools takes a number of weeks, as the block of tool-steel is etched out using electrical sparks.

But before we get to that point, we have to be really sure that we have the case design exactly right, because it is really, really expensive to fix later. Good industrial design and fabrication companies, like Hintsteiner, manage this risk by producing prototypes, and using trusted engineering partners throughout the process, meaning that you get what you want the first time.  This is one of the many reasons why we have chosen to go with Hintsteiner: We want the MEGA65 to be of the best possible quality.  Also, we want the manufacture process for the MEGA65 to all be easily reachable, manageable and controllable. Thus we have a cluster of partners all relatively nearby in Germany and Austria, so that we can produce batches over time, without having to worry about some disengaged partner on the other side of the world melting down our injection moulding tools because they thought we weren't going to order any more parts (or even just not enough parts to keep them interested).

This all requires close engagement with Hintsteiner over the coming months, which will be a focus for many of us on the team, as we look to get everything right the first time.  On that note, we are already thinking about the final set of port holes on the back of the case.  We are currently leaning towards having a cut-out for a user-port and cassette port -- even though these will require expansion boards of some sort that will connect in some way to the MEGA65 motherboard.  We'd be interested in hearing if there are any other holes for ports that people think we have forgotten -- because now is the time to pin this down, and it will be thereafter forever set in stone (well, in tool-steel ;).

Hardware is, as they say, hard, so we expect we will have more little challenges to solve along the way (such as having found out that there are some bigger up-front costs for the beautiful mechanical keyboards from GMK), but these are much smaller and more manageable, now that we have the funding for the injection moulding tools for the case mostly complete (there is still at the time of writing a few thousand Euro until the 66,000€ total is reached, for those who are interested in securing a position in the top 8 backers, in order to receive the benefits that come with that.  See mega65.org for more information.)

But in the meantime, lets all celebrate that this massive funding hurdle for the project has been dealt with, and that the path is now much clearer for us to proceed.
Posted by Paul Gardner-Stephen at 07:58