We are currently waiting for various things to arrive to be able to continue work on the MEGA65 desktop computer. This has let us spend a bit of time working on the handheld, which is largely being driven by student projects here at the University.  If you are hanging out for the desktop MEGA65, don't fear! As soon as we have the hardware we are waiting on, we will be back to making progress on it!

We have been progressively figuring out the problems with the first PCB we had built for the MEGAphone, and worked out a few more things we had wrong, including:

1. RGB pins are mis-wired on the LCD cable connector, resulting in 1/4 brightness, because the two most significant bits of each colour channel are tied to ground. This is REALLY annoying, but we think we can work around it.
2. The viewing angle on the LCD is not that great, so I am talking to another Chinese supplier to get one that is at least 2x brighter than the current one.  Thus we should end 8x brighter than in the shots here.
3. The touch interface is now up and running, although we don't currently have any nice software to show you using it, until we get the cellular modem in, and can run the telephony software from the previous bench prototype.
4. Lots of little bodges and fixes with power supplies and other things.
5. More work on the temporary laser-cut case.

The net result is that we have something that is beginning to look like a handheld console.  The screen is about the same size as on an SX64, but you can actually read text on ours ;)  Anyway, here is some eye-candy showing it booted and running a couple of games: 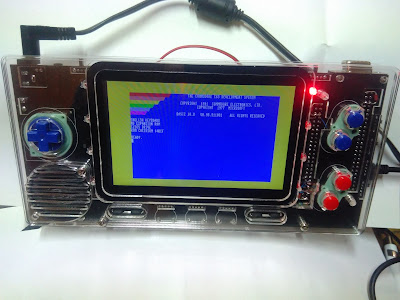 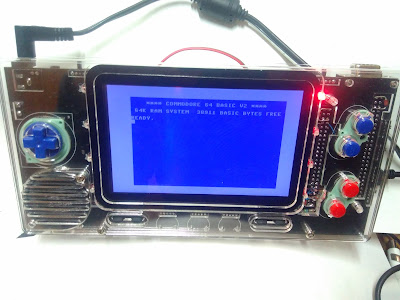 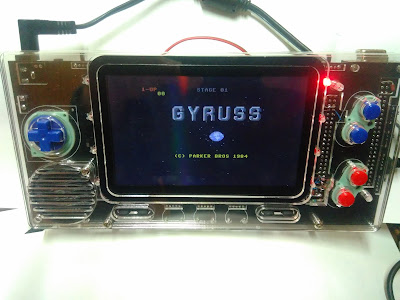 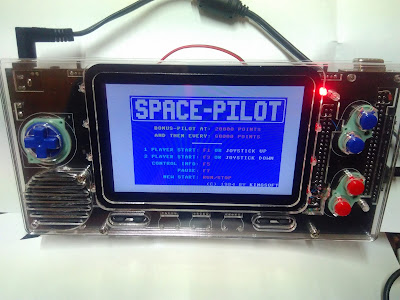 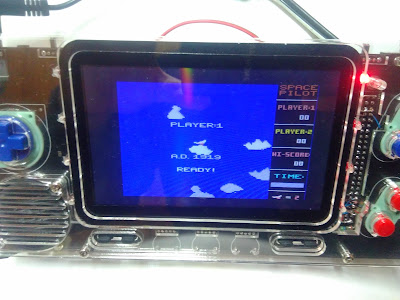 Also, because the touch screen and buttons are working, it is possible to press the right-most black button below the screen to bring up the on-screen keyboard, and then use it to type! 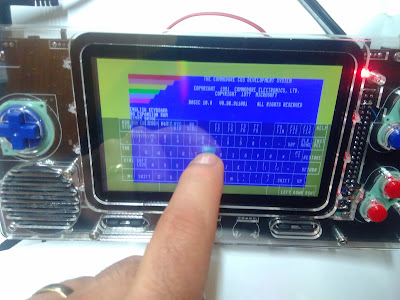 We will likely make the boxes around the characters on the on-screen keyboard a bit thicker so that they are clearer, and I'll also have a think about making the symbols on the keys double-width to make them easier to read from a distance, although they are already quite clear.  You can also see how the key you are pressing highlights, so you know you got the right (or wrong) one.  There are still some calibration issues to work through, but it already works well enough for the most part.  The main hassle is it is currently easy to end up pressing HOME instead of DEL.  But this is just a matter of tweaking the various coefficients in the touch screen translator. That's all in our own VHDL, and thus freely editable by us -- one of the many joys of open-source.

Anyway, hopefully this has given you something nice to look at, while we all wait for the desktop MEGA65 to be finished (which will be as fast as we can do it, have no fear!)
Posted by Paul Gardner-Stephen at 20:57