A number of you will recall that we have been asking questions about floppy drives, and even asking people to hunt through their old floppy drive collections, so that we can get enough for trying out which will fit best etc.

First though, is the question of whether we will include a floppy drive in the MEGA65.  The survey confirmed our existing belief, that more people would like the MEGA65 to have a floppy drive than those against: 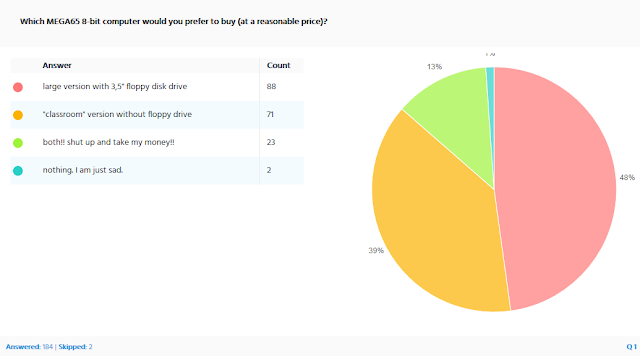 We had a total of 184 valid answers from mostly Europe, North America and Australia, with special mentions for Argentina and Iceland.  I was a bit surprised to not see any entries from New Zealand, but that's okay.  Basically we see a general matching of interest to where the Commodore 8-bit computers were well known.  What is most interesting is that on a per-capita basis, it is Denmark and then Australia and Germany that have the highest number of responses.  But enough of me in academic data analysis mode! 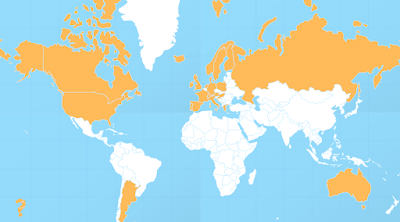 So given that more people want the drive in than out, we had to figure out how and where we could find enough floppy drives for those who want them (we will still likely make the inclusion of the drives optional).

Of course floppy drives are no longer manufacturered, and although as recently as 2016 or 2017 we were able to find brand-new stock in Chinese warehouses, we have had no such luck this time around.

We even called the German headquarters of ALPS who still make various switches and things, but no longer floppy drives, if they had a few palettes of them hidden away some where.  This was quite a nice call with them, and they were very sympathetic, but unfortunately knew of no stock anywhere.  They did reveal something interesting though: Apparently they are being asked about floppy drives more frequently of late.  Could it be that floppies will make a come back like vinyl records? Probably not.

Anyway, so we had to try to find a large quantity of floppies, but recognised that they would likely have to be used ones, rather than new ones.  But even if they were used, we wanted to find a single supplier with a single model of drive, so that we don't have to worry about eject buttons with different mechanisms or locations to interface to the case etc.

After some searching, we found what we were after: A local supplier here in Germany who has some quantity of different models, including a large number of ALPS 3.5" 1.44MB drives.  This was as good as we could hope for, as the ALPS drives are built like little tanks.  They kindly sent us some very fancy photos of an example drive for us to look at: 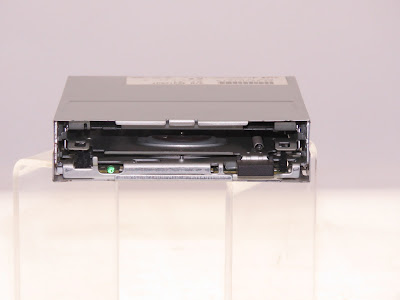 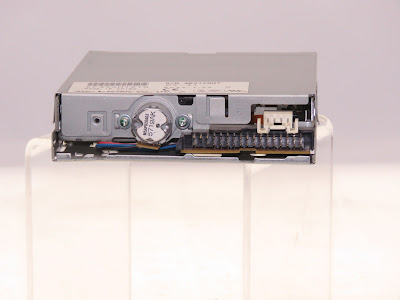 They even took the top off one to show us the internals: 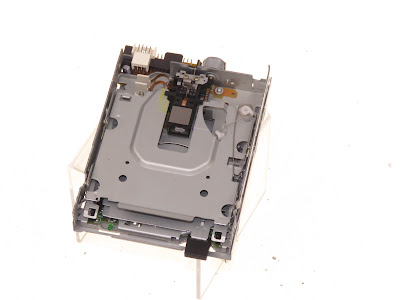 Note that this drive had the front panel removed, which we had requested, so that we could see the eject button mechanism etc, since in the MEGA65 only the slot will be visible.

So, we were satisfied we had a solution, and have thus bravely ordered our first shipment of floppy drives, which is also the first component we have purchased in bulk for the first production run of the MEGA65, which is a little milestone in itself.  After a tense couple of weeks of not receiving a tracking number for the shipment, they suddenly arrived yesterday.  Here are some shots of me starting to unpack several hundred floppy drives: 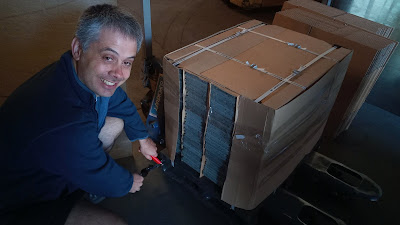 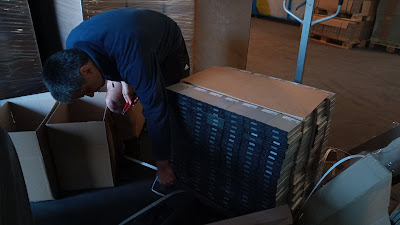 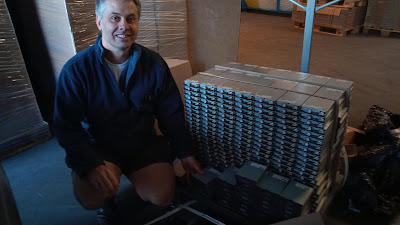 So now we need to make sure that everything will work together as expected, and have one of these drives connected to the R1 PCB prototypes of the MEGA65 here in Darmstadt: 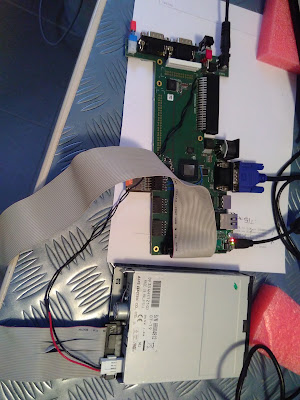 Posted by Paul Gardner-Stephen at 19:41